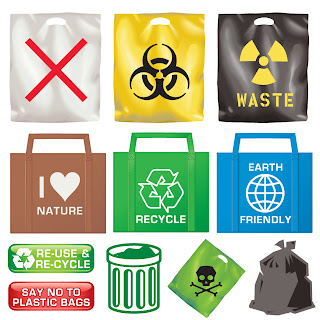 Toronto wishing it was more like Edmonton? Yes, folks...that’s right! Read on to see how the River City rivals other large Canadian cities in regards to its eco-friendliness.
We Should Be More Like Edmonton
National Post • Nov. 12, 2011 Last Updated: Nov. 12, 2011 4:11 AM ET

I just received your card and I wanted to say thank you for everything you did. You made this process so much easier and I don't know what I would ..."

Thank you so much for all your help and I will definitely recommend you for anyone looking for a mortgage. You made the process easy and less scary..."

Thank you again for everything you have done for us thus far! Like I said before, you are one of the most helpful people I have ever dealt with! I ..."

We are so happy in our new home! I wanted to thank you again for all of your help. You made our purchasing process easy and stress free. "

I was a little weary about dealing with a mortgage broker at first to be honest, but I am really happy my Realtor recommended you to me. Thank you ..."

On the whole, I think you have been very thorough, very attentive in handling our needs, and a true pleasure to work with. We have appreciated ever..."

You were fantastic. Honestly, it was a completely different experience working with you than it was with the mortgage broker on our first home. You..."

I would like to say that I really appreciated all of the work and time that Natalie provided to me during my very long search for my perfect hom..."

Thank you so much for all of your help during the home buying process. I am very happy with the way everything worked out and I am getting settled ..."

At the start of 2013 I began to entertain the idea of purchasing a condo. I am a University student, but I had worked hard the previous summers and..."

Thank you Natalie, and thank you so much for all your tireless efforts. You make things so much easier for your clients. I always really enjoy work..."

As we unpack our last box and have the relief that we are finally "settled" we remember all the help and advice you gave us. Purchasing our first h..."

Natalie's practice is professional. Natalie is a fine human being. I would recommend Natalie to anyone, because she gets the job done!"

Natalie, I had a great experience working with you. I was really happy about how prompt you were at answering my questions, and that you really see..."

Our overall experience was excellent. You were very helpful and pleasant to deal with. You answered all of our questions clearly and gave us all th..."

My overall experience using Natalie Wellings as my mortgage broker, in one word, excellent! Natalie is knowledgeable and resourceful, she answered ..."

Here's how I would describe Natalie: professional, knowledgeable, patient, & understanding....and to top it all off, she returns emails & phone cal..."

Natalie, I just wanted to say a big THANK YOU for all your help purchasing my new home and getting my mortgage set up. Your kindness and genuine co..."

110% satisfaction on all fronts Natalie!! You are in a league of your own."

Natalie was wonderful to deal with - even though we were long distance she handled everything in a timely and professional manner! This was the bes..."

I have been recommending Natalie as a mortgage broker since 2007 and will continue to in the future! I always want to ensure that I am referring my..."

I had a very positive experience using your services. Being as this was my first venture into purchasing a place, I felt very comfortable dealing w..."

You provided so much help to us. You were patient, and answered all our questions clearly. You helped us understand the process and we felt we were..."

We were not even entertaining the idea of using a mortgage broker for our recent purchase, but on a referral we contacted Natalie. It turned out t..."

We thoroughly enjoyed meeting you and your service was superb! We were well taken care of and you answered all of our questions. You were also v..."

Our experience was very positive and we didn't feel pressured. We always felt supported and encouraged to make the best decision for us. I would de..."

Natalie, thanks for all your hard work, patience, support and honesty through the whole mortgage process."

My boyfriend and I had an incredibly awesome experience working with Natalie. We were first-time homebuyers and therefore had a ton of questions ab..."

In our professional world, integrity and good service are essential aspects when it comes to recommending service providers. This is especially tr..."

It was great to work with you, you made it an easy and smooth process. Your professionalism showed through and through, from beginning to end. I ..."

I would definitely not hesitate to recommend Natalie Wellings' services as our experience working with her was a very positive one. Going into our ..."

Natalie Wellings was very helpful, professional and willing to go the extra mile. She was always a pleasure to deal with. We were very pleased with..."

Thanks so much for making our first home buying experience fun and stress free. You took so much time and explained everything so well. We really a..."

I found Natalie Wellings to be very helpful and always on top of each step of the process. I was very pleased with the mortgage solution she provid..."

We would like to thank Natalie Wellings for going above and beyond in helping us obtain our mortgage. She was always so kind and answered every qu..."

I am a client of Ms. Wellings and can advise that my experience with her was a very good one. Natalie Wellings has handled a couple of my purchases..."

Natalie's easy to locate in any room as she's the one with the cape on. Being as I was purchasing my first home at 41, I didn't have a clue about w..."

As a first time home buyer, we were very leery of the process. Natalie took the time and answered all of our questions very effectively (and there ..."

Natalie made the purchase of our family's first home a breeze. Her knowledge and awareness of the current real estate market and selection of qual..."

My overall experience with Natalie Wellings was very satisfying. She provided the best rate possible in the market at the time. She pulled our cred..."

I was buying property in Edmonton and was given Natalie Wellings' name by my Real Estate Agent. I had been told how efficient and good she was. Ef..."

Natalie always returned my phone calls or e-mails quickly, she understood the market well, and knew which bank would offer me the best rate and ser..."